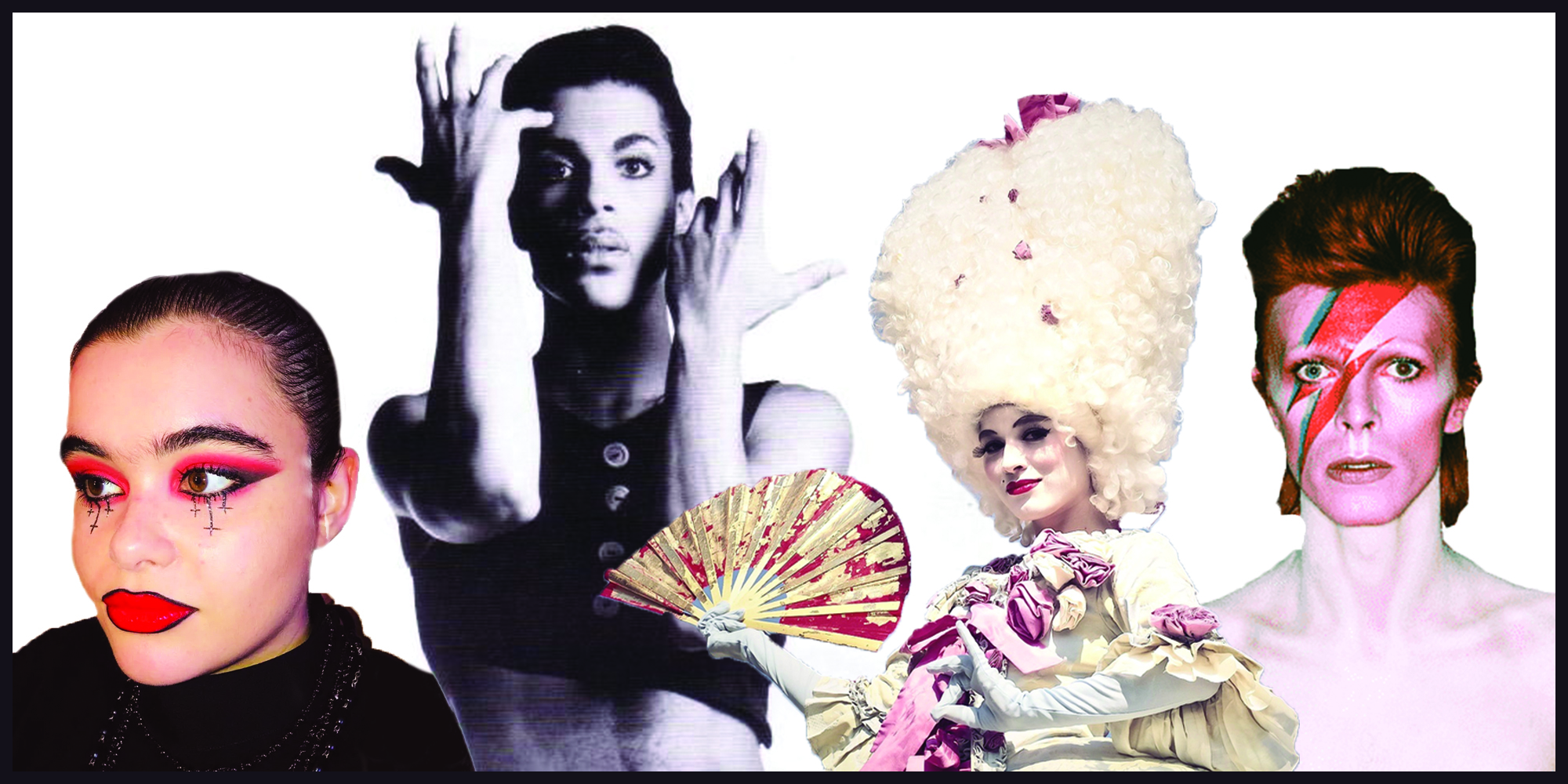 The never ending commotion surrounding HBO’s Euphoria is not without controversy, but its meticulous creative direction allows the coming of age series stylistic recognizability unlike any other. While the newest season seems to take a more subdued approach, “Euphoria makeup” had Instagram in a chokehold in 2019, characterized by colorful eyeliner and rhinestones under purple LEDs.

In Euphoria, teenagers played by adult actors indulge in drug abuse and raunchy sex scenes. The show is uncomfortable and sometimes downright unpleasant, but somehow critics and wide audience still tune in, likely due to its celebrity cast, stellar production, and exceptional styling and makeup.

In 2019 the show’s makeup artist Doniella Davy told Vogue that “teenagers are switching things up constantly,” using makeup “not only to portray who they are, but who they want to be that day.” She references glam rock of the 60s and 70s, when icons of self expression like David Bowie and Marc Bolan sported dimensional, glittery makeup looks. Taking direct inspiration from Nina Simone, Davy created a studded gem look for one of her Euphoria characters.

Glam rock emerged in the late 60s from the English psychedelic scene. Like Bowie’s Ziggy Stardust persona, the look was androgynous and vibrant, inspiring later movements like Hair Metal and images of Lady Gaga. Prince, who experimented with a variety of genres in his career, gained attention for his defiance of gender and racial stereotypes through audacious makeup and heeled boots. Today glam rock might be called “camp” for its almost parodic extravagance.

Platform shoes, sharp contour, cut crease eyes, and other dramatic beauty trends can more notably be traced to mid-century drag queens. While drag balls existed as early as 1867 and drag itself since ancient Greece, it was not established as an art form and accepted as commonplace in gay bars until the 1950s. While Prince mesmerized millions with his cat eyes, the influence of drag on Euphoria-esque makeup cannot be overstated.

Both drag and glam rock existed non exclusionary to women, which is not just a contemporary practice. Men have sported cosmetics for thousands of years. Archeologists discovered makeup boxes used by men from East Asian societies in 3000 BC. Ancient Egyptians sported cat eyes and red cheeks to flaunt their wealth and masculinity.

Think Marie Antoinette– big wigs, red lips, exaggeratedly white skin. Despite high rates of lead poisoning in Versailles, courtiers of 18th century France sported lead-based makeup until deemed inappropriate by the polite morality of the Enlightenment period. Both men and women wore “rouge” pomades on their lips and cheeks, made from animal fat and beet roots for color.

Face paint as self expression was sometimes thought to be appropriate only for men. Patricia Phillippy, English professor at Coventry University, asserts that “the painted woman was threatening, because she claimed a creative and self-creative authority ordinarily reserved for men.” It wasn’t until the 1760s that the overuse of makeup among the French court was associated with effeminacy and homosexuality, thanks to the British elite.

What was once a hallmark of patriarchal status quickly became intertwined with beauty standards for women and women only. Around the 19th century, Western societies began expecting a tailored “manliness,” forbidding men from wearing white powder and rouge. For women, makeup was a must.

Rock stars like Grace Jones and David Bowie gained notoriety for their androgenous glam because there hadn’t been a place for atypical gender expression in pop culture for over 200 years. These celebrities catalyzed the rapid turn-around of what's in vogue throughout the late 20th and early 21st century.

Euphoria challenges the status quo with each episode, tackling topics such as queer relationships, substance abuse, and body image. The show pushes boundaries and encourages self expression, so it’s curious that apart from one or two dream sequences, the men rarely sport makeup. However, many of the Euphoria men have little personality apart from "toxic masculinity." Since the avant garde makeup helps to romanticize the myriad of disturbing obstacles that the characters encounter, maybe the lack emphasizes their malice.

Even so, considering the profound influence on fashion and beauty trends, allowing glam for male characters could open up a range of creative possibilities for the show’s impressionable audience. Sitting at the cutting edge of pop culture, the show's creators have a unique opportunity to extend what's acceptable in the Euphoria universe into the real world. Perhaps by the time Euphoria prepares its third season, the makeup choices will fully reflect the efforts of Prince and the queen of France.

McClung’s Repatriation Exhibit: A University’s Attempt to Give Back

The Museum of Infinite Outcomes