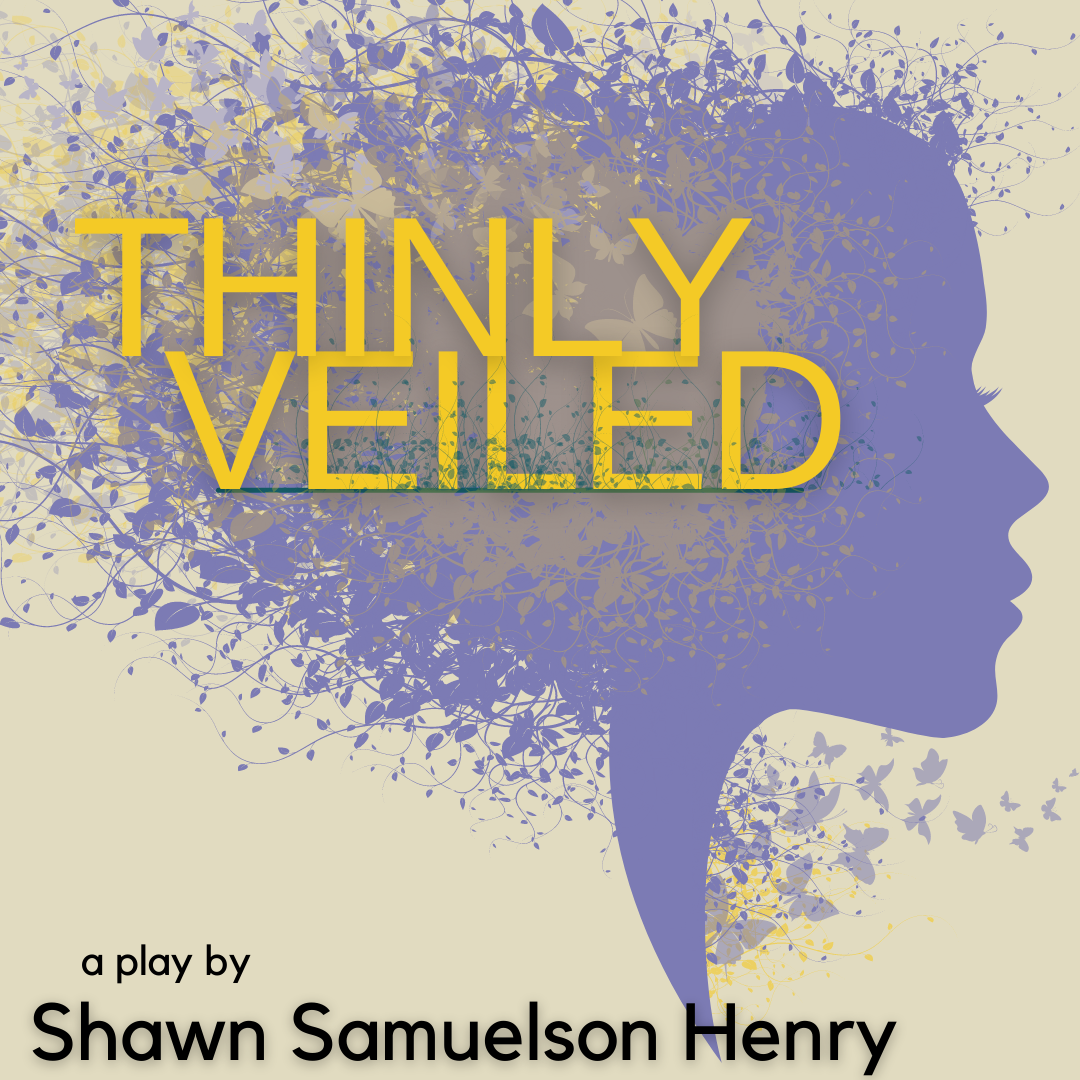 The definition of “essential” and “nonessential” businesses came to the forefront of our minds during COVID 19 as some closed while others remained open. The Tennessee Stage Company has since reopened and began its New Play Festival. UT Alumni Harrison Young, the Literary Manager for the New Play Festival, and Allison Crye, the director of the upcoming play Thinly Veiled, talked about the experience of running a theater in the midst of a pandemic.

Harrison talked about his experience of joining the Company.

“In a way, Tennessee Stage Company chose me,” he said, “I was writing my very first play in 2008 called Online Fighting and I met the artistic director at that time, and it was 3 months later when I was cast in the headlining show of the New Play Festival that year called Hoppy’s Trunk.”

Allison then noted the different ways of joining the theater.

“You can join the Tennessee Stage Company in a myriad of ways,” she noted “I started out as a stage manager and I have for about six or seven years, but you can also be cast in a show, volunteer, join the Buddies of the Bard, or come talk to people backstage after a show to know how to get involved.”

Harrison and Allison both highlighted the importance of the Tennessee Stage Company’s impact on Knoxville as its most important role.

“First of all, I’m biased and secondly, I’m torn,” Harrison said, “I work so much with the New Play Festival, but “Shakespeare on the Square” has been less of a performance and more of an event. Being on the square, you have so many surrounding businesses where people can come and go.”

“It has also helped a lot of people find the art inside of themselves as well” Harrison said.

Allison focused on “Shakespeare in the Park” as the event which had the most impact.

“Shakespeare gets the most exposure, and I personally love the ‘New Play Festival’ because it’s something that nobody else has seen before,” she noted, “its characters that actors can originate.”

“We have also worked with other theaters in town like Tiger Lily and 7030, so we try to stay active, and we do not close ourselves off from other companies.”

In talking about the essentiality of the Tennessee Stage Company, Harrison talked about the beginning of the pandemic of where Allison was directing Amazing Graces which had its final week cancelled.

“It was impacting us, and we had to think about how we would be as a company,” he said, “we all know that food and shelter are important but so are stories. So, we are starting this all-online ‘New Play Festival’ to give people a chance to share their stories.”

“Stories are the way we learn to empathize with people: it’s how we broaden our experiences without traveling to faraway places” Allison added.

Allison talked about her experience at the beginning of the pandemic.

“I stayed really busy, but I also had a lot of time to reflect and rear. Honestly, COVID has given me a chance to slow down and be.”

Allison also talked about how COVID 19 impacted the production of plays as well.

“It is very different, but the chat feature is really good because it gives the cast a chance to see what the audience is thinking” she said, “we had to all become more online content than we were before," she said, "I try to make the actors look at their cameras more directly and interact with the audience because they can’t interact with the actor, they are playing the scene with.”

Harrison highlighted the unknown of preparing for an online theater behind the scenes.

“Sometimes the show feels like a rehearsal, but the chat function is 5% distraction and 95% of audience engagement” he said, “the actors were encouraged to stand up and use any props they had around their house.”

“This is a newfound space for us.”

“At first, I didn’t much care for zoom audition, but I realized I liked a live audition more than a recording because they haven’t edited it together—it’s much more like seeing them in person,” Allison added.

“It also has their name under it so you don’t have to shuffle through paperwork to know who they are,” Harrison added, “overall, it is nice to see that it can work with that.”

Harrison also pointed out that they had more auditions than they had originally planned.

“We even had to open out an extra day for auditions because we had over 75 people audition” he notes, “it has given us access to more talent and expand our footprint.”

The Tennessee Stage Company gives a chance for playwrights to submit their work and present them at the New Play Festival every year. This year, they will be presenting the plays as a reading over zoom where audiences can join for free.

Harrison talks about the importance of the “New Play Festival.”

“The "New Play Festival" is where the magic happens” Harrison said, “it gives people a chance to find their voices and their futures.”

“For me the "New Play Festival," from a director’s standpoint, lets you workshop a play,” Allison said, “usually we workshop a play for three years, going through table readings, staged reading, then a full production, changing the pieces around throughout.”

Harrison highlighted that people could expect a PowerPoint about their upcoming shows, actors’ bios, the outreach programs and more when they first enter the play on zoom. The plays are completely free, but they encourage donations if possible. Harrison will introduce the show, and the audience will have a chance to talk to the directors, cast, and play-wrights after the show.

“A lot of audiences do not know what to expect when you tell them you are having a show on zoom” he said, “but I think the Tennessee Stage Company has a great casual format in the past, and we have been trying to keep that feeling.”

Allison then highlighted that the audition process has actually evolved during the pandemic due to the breadth of talent that they have access to because it is completely online.

Allison is directing Thinly Veiled and both she and Harrison talked about the play’s impact.

Harrison talks about the process of choosing the play for this year’s festival.

“We go through the process of picking plays for a year before the festival,” he said “when this script came, it felt personal: it had a gravitas to it," he said, "we had a small panel of a few men and women. The men understood some of the themes, but the women highlighted some things that the men had missed, so I thought that realization would be valuable to our community.”

Allison talks about some of the important lessons that Harrison touched on when they chose the play.

“Thinly Veiled deals with grief which all of us will experience at one point,” she said, “and it involves how people around us deal with it or don’t deal with it. As a society, we do not talk about death a lot, so when somebody loses somebody—especially a child—do not know how to act.”

She then talked about the play’s confrontation with deeper topics.

“Anorexia causes the death of one of the characters, and it is hard to understand. The play talks about how some people deal with it and some people can’t,” she said “it focuses on how little girls are told that their worth is based on their appearance. There is a culture that really does depend on female appearance.”

They then talked about the characters that each of them connected with the most even though neither of them has children personally.

“I connect with Holly more than any of the other characters,” Allison said, “Holly is horribly lost, and she wants somebody else to fix her.”

“It takes a while before Holly realizes that she is the only one who can fix herself.”

The Tennessee Stage Company, and many theater companies like them, has overcome an array of obstacles over the last year. However, they have overcome them by coming up with innovative ways of presenting theater to Knoxville audiences. Their commitment to theater highlights their love for their art, and it highlights the essentiality of theater/art during a pandemic.

You can see Thinly Veiled over zoom on April 2nd at 7 pm eastern time. You can register for a spot at the performance at tinyurl.com/REGISTERNewPlayFest. If you miss it or want to watch the other play White Dress/Red Bandana, then you can check their Facebook page where you can watch it for free a week after the performance.

McClung’s Repatriation Exhibit: A University’s Attempt to Give Back

The University’s Beauty: Intention Beyond Functionality

A Video on our Gallery and the Phoenix During 2020