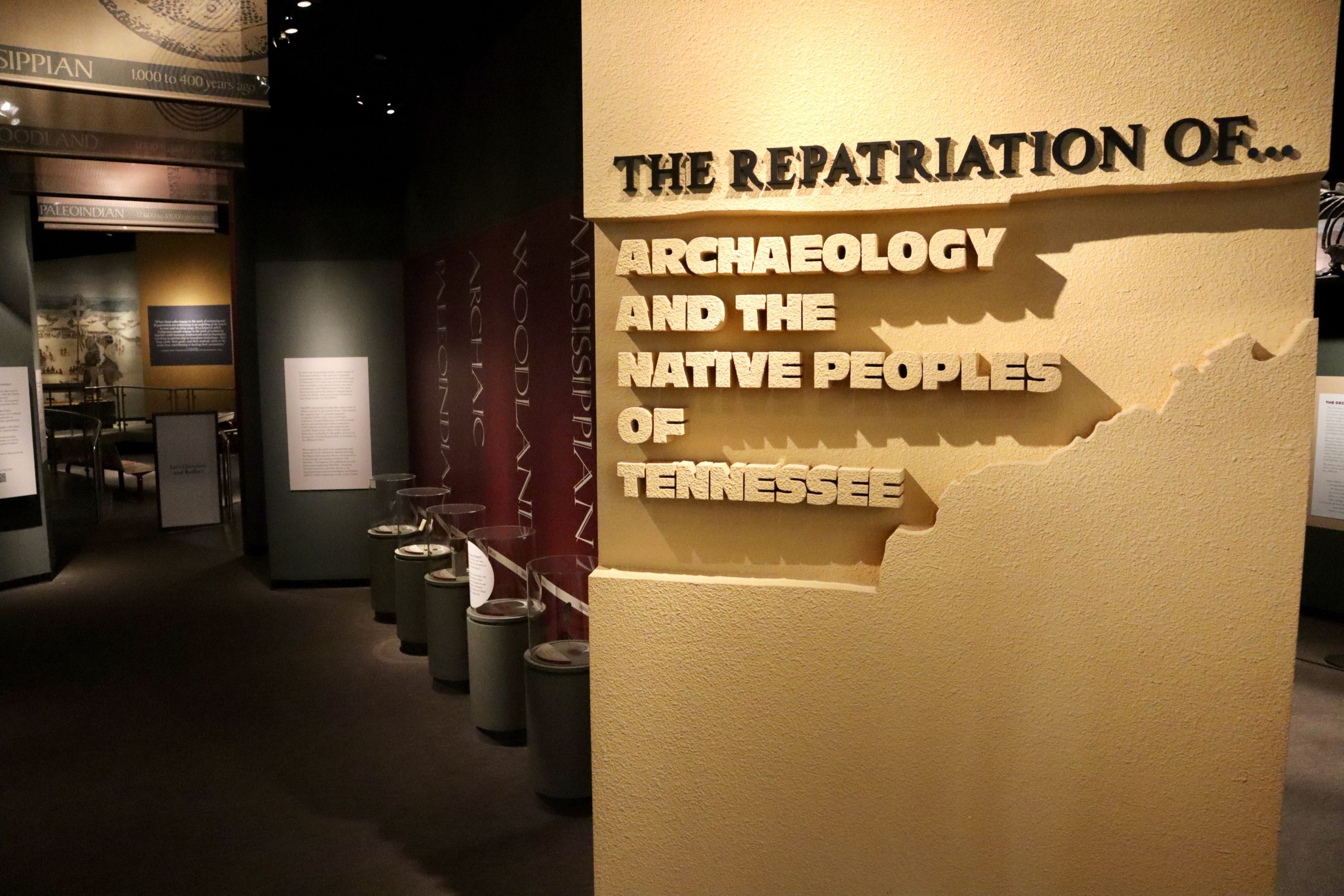 The societal push for justice in recent years has demanded that institutions be transparent in their negative involvement of marginalized peoples.

The University of Tennessee’s McClung Museum has recently opened the exhibition of the Repatriation of Archaeology & the Native Peoples of Tennessee in August. This long-term exhibit will be open until August 2023. The McClung Museum has framed this exhibit around the question of who is being given the authority of telling this story of indigenous groups. For such a long time, institutions have run unchecked in their procedure of showcasing human remains and associated funerary objects without questioning if they have the right to do so. This exhibit admits the museum's own wrongdoings and begins to respect the dignity and consent of Native American tribes and Native Hawaiian Organizations.

The exhibit includes a large sign that defines repatriation as “the act or process of returning someone or something to their country of origin, cultural group, or descendent community.” The federal law of the Native American Graves Protection and Repatriation Act (NAGPRA) was passed in 1990. This act includes that institutions must make an inventory of Native Ancestral remains and cultural materials, as well as consult with tribes to determine cultural affiliation. The goal is to evaluate repatriation claims and honor those requests.

The university's involvement goes back to 1933 when Franklin D. Roosevelt signed the Tennessee Valley Authority Act to address the valley's environmental and energy issues. This meant the construction of dams and reservoirs for flood control in this area. Ultimately resulting in the excavations of numerous native cultural sites. This exhibit at McClung is sponsored by Tennessee Valley Association (TVA). In 2022, within a repatriation process in Alabama, Marianne Shuler, Senior Specialist, Archaeologist and Tribal Liaison at TVA, spoke about the relationship between TVA and native groups stating, “Over the past 10 years, TVA has made great strides in the return of ancestral remains and other sacred items to federally recognized Indian tribes who once lived in the Tennessee Valley… We have made a lot of progress, but we still have more work to do to ensure all ancestral remains are returned to Tribes.”

In 2021, the McClung museum met for a formal NAGPRA consultation. Repatriation claims were made by tribal members and this has caused the original Archaeology & Native Peoples of Tennessee exhibit to shift. McClung has removed some items from display. According to the University of Tennessee website, McClung Museum says that leaving spaces empty is “intentional” and they want to “facilitate a new conversation: one that explores the stories that museums tell and examines who is included in and excluded from creating these narratives.”

Walking through the exhibit is vastly different from the typical experience of visiting other museums. In place, behind the protective layer of glass are not artifacts, but instead various postings and signs that say the items that were there have been repatriated.

There is still a great number of artifacts within the exhibit; however, the now empty areas of the museum are weighty in significance. As visitors step further into the exhibit, the grave understanding of what it means to take something that is not your own only increases. The conversation of heritage and culture within art only becomes more nuanced, as the scope of institutions begins to include voices that have been suppressed.

A quote in the exhibit from Johi Griffin Jr., Historical Sites Keeper, Tribal Historic Preservation Office, Eastern Band of Cherokee Indians says, “I believe that there is no greater honor than having the responsibility of returning our Ancestors back to where they belong, in Mother Earth and not on a shelf.”

This exhibit represents a sign of progress in UT’s recognition of colonial power and the mistreatment of native groups. After visiting the museum, it is difficult to not do the same.