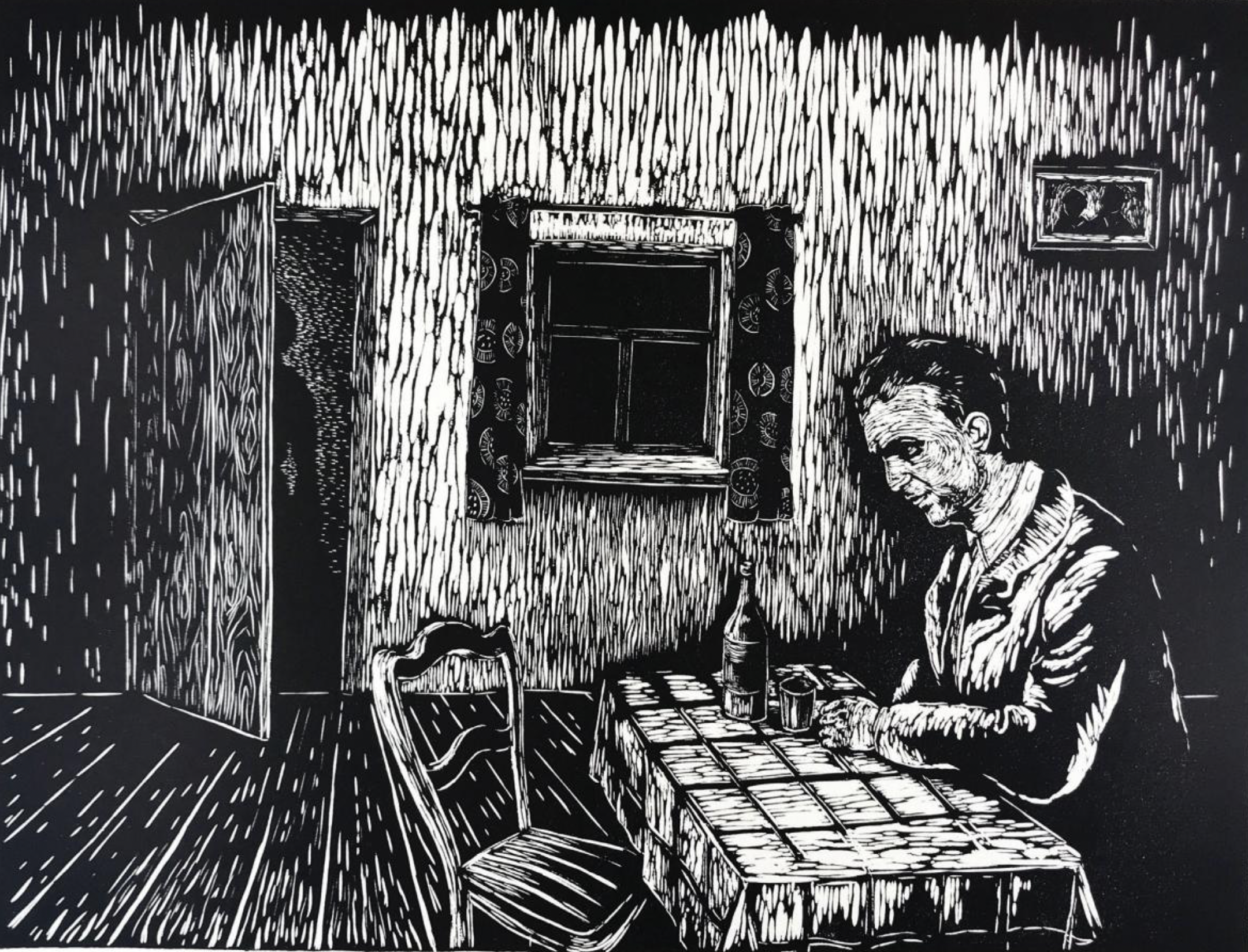 In an era when increasing desire for convenience has made the audiobook and the e-book more practical than ever, it's easy to question whether the print book and the bookstore have any relevance at all. Why go to a bookstore when you can receive the entirety of a book's text without ever having to leave your home? This is what The Analog Sea has been addressing since its inception. Their stance? Print books and independent bookstores matter, and they will continue to matter as long as humans have the desire to disconnect and meditate on what it means to be alive.

The Analog Sea is a self-described "offline journal." The offline aspect relates to how readers engage with the work. Editions are distributed exclusively to independent bookstores and are only available as print copies. In his introduction from The Analog Sea Bulletin Spring 2022, editor Jonathan Simons explains that by "advocating for the human right to disconnect, [The Analog Sea] celebrate[s] offline culture and the work artists create in solitude, that vital stretch of time when distraction fades and deep wells of thought and feeling emerge." By engaging with this work, The Analog Sea demands your undivided attention by quite being literally incompatible with the notifications that an e-book or audiobook would allow. It also respects your boundaries and will not attempt to grab your attention once you decide to shut it. In the words of Simons, "it fits in your pocket but won't wake you up at night."

The Analog Sea's status as a journal comes into play in the actual content. The Analog Sea Review is published annually and is comprised of everything from interviews, essays, stories, excerpts, and poems and established intellectuals, to work sent in by readers of the journal. Albert Einstein, Leonard Cohen, Pope Francis, David Foster Wallace, James Baldwin, Fréderic Chopin, and Nina Simone are among the notable figures featured in The Analog Sea. Ironically, it feels more like a successful democratic portrayal of ideas than the internet persistently claims itself to be. Despite the lack of a single overarching theme for each edition, connective tissue is established from each piece to the next. In "The Analog Sea Number Two," the range of material moves from the nature of dreaming to the northern lights to identity in the spectacle of the digital age to meditations on the creative process to the physicality of beauty. Across this progression through a wide range of topics, The Analog Sea is encouraging contemplation and examination of what we observe and the work we do as human beings.

At the heart of it all, it's about intentionality at every step of the way. In the back of each edition, there is a communication card available to be cut out and mailed to Analog Sea with options to receive the free seasonal bulletin, to send the free seasonal bulletin to a friend, to receive more information about how to get involved and to ask them to consider stocking The Analog Sea in your favorite local bookstore. They also encourage readers to submit work or even just send a letter to get connected. Community is at the center of every choice made about distribution and publishing.

Again, The Analog Sea often seems to be strangely more sincere in its attempts to facilitate relationships and conversations than the internet's mission statement of connectivity and globalization. It raises the question: what are the foundational elements of a relationship? What do we need in order to feel connected? On the surface, the perspective of The Analog Sea appears antithetical. How can solitude be the avenue to healthy and genuine relationships? It is about calming and orienting the self as the base for human interaction. In "Dream Poems," an excerpt from an introduction written by Robert Bly for "Times Alone: Selected Poems of Antonio Machado" featured in "The Analog Sea Number Two," Bly writes, "collective opinion terrorizes the soul; the demands of the world obsess the psyche." The Analog Sea is advocating for stability and serenity of the self as the foundation for interpersonal relationships, especially when the internet seems to encourage the opposite.

As of the writing of this article, there are only two bookstores in Tennessee where The Analog Sea is available, and one of them is in Knoxville! At around a 15-minute walk from the University of Tennessee's campus, Union Ave Books currently stocks copies of The Analog Sea. I was first introduced to the journal when I stepped into Union Ave one day just to browse and accidentally stumbled across it. It's how I image they want others to discover their work as well, but even if you aren't purchasing the journal itself, the encouragement to wander around an independent bookstore and buy literature in print is still a part of their vision. The mission is not to boost revenue, but to inspire human curiosity about the self and the world.

Artwork: "She Always Comes Back" by Tatiana Tikhonova